Publisher Granger is controlled by the Syndicate, killing reporters and protecting Syndicate-owned politicians in his state. The IMF must make sure the voters know what Granger is up to before the next elections. Appealing to Granger's interest in UFOs and his obsession with immortality, chauffeur Barney hits him with a paralysis drug delivered by bee sting and Jim and Casey mysteriously appear in a light show, "cure" him with futuristic equipment, and appear. Thanks to IMF-rigged reports of UFOs, Granger believes they are aliens! After another rigged death of Casey that Jim "cures," Granger begs for immortality. Jim agrees if he publicly renounces his way. Granger exposes the Syndicate candidates and then is shot by his former aide and Syndicate man. 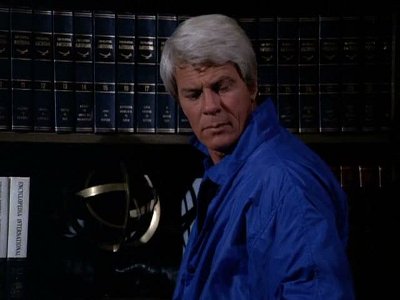