Gary Blando says he wants to testify for Neil, claiming he was such a wonderful kind-hearted person. However, when the time comes for him to testify in court his lawyer says he's unable. Apparently he had had chest pains and ended up in the hospital. The defense obtains photos of Blando, not ill at all, and he is forced to testify. Jessica's diary is entered as a business transaction journal since it details her involvement with various rich men. The names in the diary are called to the court. All of these were referred by Richard Cross. Cross wanted to patch things up with Julie so Justine allowed him into her apartment to talk with her. The next day, Julie is missing but shows up in court to testify. Julie refuses to answer questions about Cross, saying they have just been married. Meanwhile, Hoffman and Annie visit a marriage consellor. 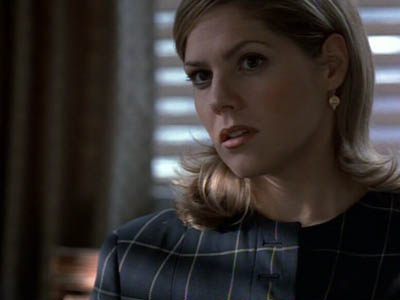