Still in Puco, Patrick talks about how he knows how he really wants to marry his girlfriend - Courtney. He says he has made some mistakes in the past but willing to try harder to treat her the way she deserves to be treated. They receive their next clue that says ""What do you call a guy with no loegs and no arms that hangs on a wall?"". They think it might have something to do with rock climbing. Patrick and Derrick decide to wrestle out in the lawn. They wrestle several times and Patrick seems to beat Derrick all around. Derrick being so wound up picks up Kina and ends up falling on his back twisting a knee that has had past trouble. Derrick is in extreme pain as Kina places ice on his already swelling knee. He wonders how he will compete in the next days mission or any further mission. The following morning, they head out to their next city and mission. Derrick is resting with ice on his knee. They arrive and greeted by their mission mayors- Christobal and Carolina. They annou 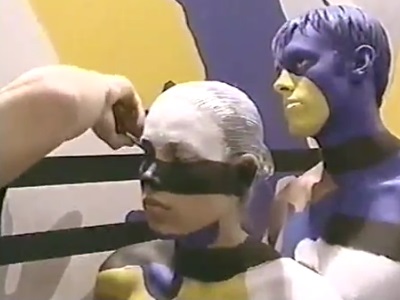