The Gleaming Blade of Legends

The Kenshin-gumi receives a letter from Misao. She reports on a murder mystery in Kyoto and a dead body with strange carvings on the flesh. Aoshi is approached by a man seeking protection from a written death threat. Aoshi refuses, but Misao sees the letter and takes it to Okina. Okina says the writing is either Portuguese or Dutch, and the symbol on the bottom of the letter was the same symbol carved into the body of the murdered man. 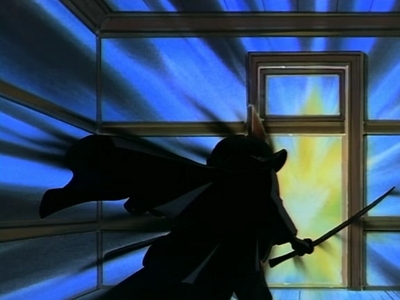