David Chesterman is a thief whose girlfriend Maria is cheating on him with his partner Carl Gault. Carl has fallen in love with Maria and plans to get rid of David. He tells David about the body of rich man who is loaded with jewelry. David goes to rob the corpse, but is discovered by a guard. Later, the guard is found dead by the police. David tells Maria that he is innovent, but he decides to hide out for a while and leaves Maria with Carl. Carl informs the police of David's location and he is arrested for murder. As David is about to be sentence Maria gets away from Carl by stabbing him. She heads to the court building convinced that David is innocent. In the court building she climbs out on a ledge and threatens to jump unless David is brought to her and is allowed to tell the truth about the entire robbery. David is brought to her, but he reveals that he did kill the guard. Knowing that he will go to prison, David begs her for forgiveness. 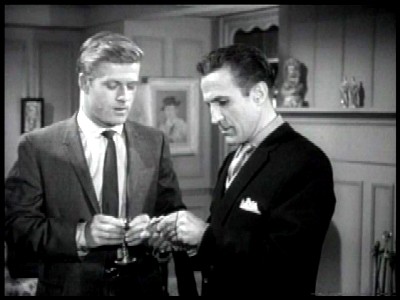