Owl and Hollow return to White Deer Park just in time to overhear Bully addressing an assembly of his rats. She goes to gather the other animals and they plan to counterattack. Plucky sends Mossy to find Laird so he can send the white deer to stampede the rats. But despite their best efforts, the rats are still too numerous. There seems to be no chance of stopping them, until Cleo bites off Bully's tail. All the animals, including the rats begin to laugh at Bully and he skulks off to the sewers where he came from. After the battle was won, the other rats apart from Spike returned to where they were before they came to the park and Fox calls an assembly to announce that he has decided to step down as leader of Farthing Land. He places Plucky in charge despite slight protest from Ranger. Trey returns to inform the animals that the Warden has merged White Deer Park with the new sanctuary to make one large wildlife preserve. He announces that with so much more space, he has decided to lose his brutish disposition, though he is still not fond of weasels. As Fox and Trey walk away together, Plucky decides that after a hard day's fighting, everyone should rest and explore the new addition to White Deer Park the next day. 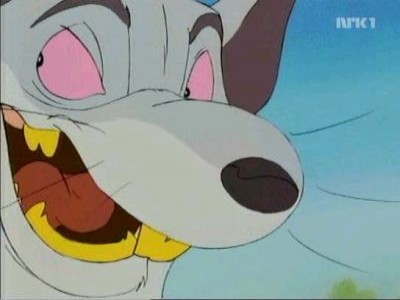