Drew fires Suzie, an incompetent employee, only to learn that she had been involved with Mr. Bell. Drew worries about Mr. Bell's reaction. Kate goes to Bell with the proposal that the store start a day spa to increase sales in the cosmetics department. Bell is very impressed with the idea, and wants to meet with Drew and Kate at the Warsaw to further discuss the proposal. However, Drew learns that Bell is really trying to make Kate his latest conquest. She insists that she can take care of herself, but needs some help from Drew when Bell begins hitting on her. After she leaves, a drunken Bell makes Drew stay at the bar and sing with him all night. He tries to force Drew to help him get a date with Kate. Drew re-hires Suzie so that Bell will leave Kate alone. He is unaware that Kate has already confronted Bell, who agreed to stop hitting on her and asked her to run the new spa. After Suzie's re-hiring, he gives her the job instead. Kate realizes that Drew was just trying to h 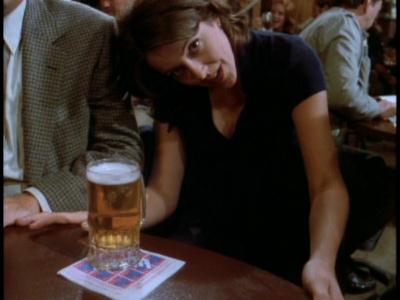