Michael hosts a Christmas party at the office, but somehow manages to decrease the holiday cheer when he changes the arranged secret Santa pairs to a game of "Yankee Swap," where everyone gives their pre-bought presents to a different, random worker. To boost morale, Michael introduces vodka shots while the others compete for an iPod, Jim hopes that his sentimental present, meant for Pam, doesn't end up with Dwight, and Angela becomes enraged about Michael's party changes. 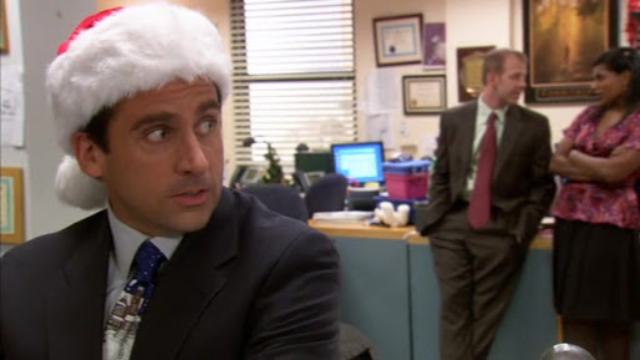