Michael starts monitoring the emails sent out in the Dunder-Mifflin workplace, upsetting the employees. Meanwhile, Pam believes that the relationship between Dwight and Angela is more than just worker to worker, Jim throws an office BBQ at his house in order to show his roommate the kinds of people he deals with everyday, and Michael, after annoying everyone at his improv classes, crashes Jim's party with a terrible karaoke number. 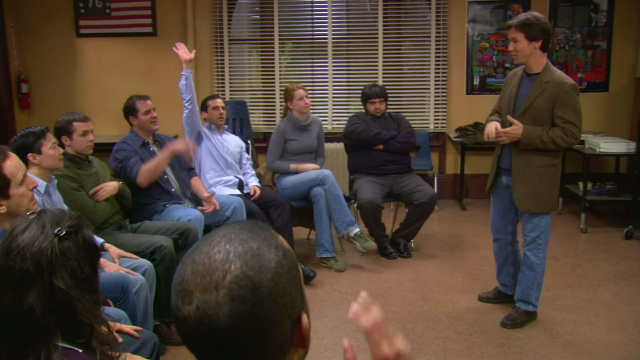