Dr. John Martin (Brett Cullen), a negotiator for the Department of Energy Nuclear Response Team, is called in when a disgruntled grad student takes hostages at a university. The student, Seth Todtman (Peter Stebbings) claims to have invented a cold-fusion bomb and is threatening to detonate it, killing millions, unless the government brings him five people on a list and kills them for him. Martin's colleagues dismiss Todtman as a crank, until a sample device he provides goes off with megaton force, wiping out a DOE team and the top-secret facility where they work. Faced with an impossible choice, Martin meets with Todtman face to face and tries to understand the logic behind his rage at the people he wants killed: cruel foster parents, corrupt professors, a heartless librarian. As the clock ticks, Martin tries to reason with Todtman while the military tries to find a way to disarm the device. 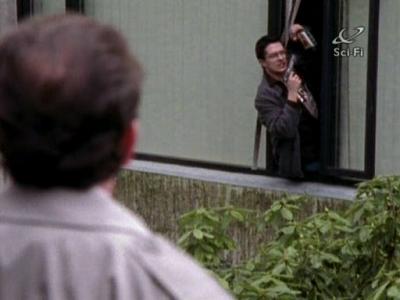