Charlie Bouton's (Tom Butler) last project for the Innobotics Corporation was a sexy female companion robot named Valerie 23. It almost put the company out of business when it went berserk and attacked someone. So, his bosses are skeptical when he and scientist Melburn Ross (Michael Shanks) introduce Mary 25 (Sophia Shinas), a nanny robot adapted from the earlier model. In order to overcome their doubts, Charlie proposes letting the robot take care of his own children - a move that is met by serious resistance from his wife Teryl (Cynthia Geary) and his children Brad and Brook. From the beginning, there are problems. Unlike the human nanny, Carmen, Mary doesn't grasp the subtleties of child care and Melburn must fine tune her. But, Melburn sees that the problems go beyond Mary's programming. Charlie is smitten with his inorganic creation and has begun to abuse Teryl - a woman with whom Melburn was once romantically involved. 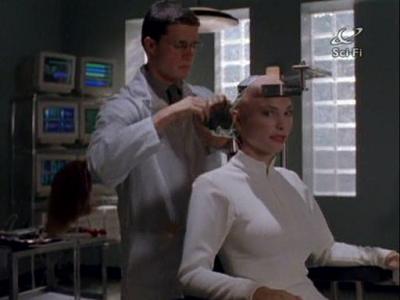