When a homicide detective becomes the victim of a terrorist car bomb, the Homeland Security team fears that a similar event is going to take place at a Veteran's Day parade that is planned for Washington, DC. Their investigation unearths the fact that a military munitions officer has been selling C-4 to terrorists and that the terrorists have been using money supplied by a Utah drug dealer to make their purchases. The team puts all of the pieces together in time to stop the terrorists from bombing the parade. The moral of the episode is that: ""We are, ironically, our own worst enemies. Terrorizing ourselves ... Fighting a war of dependency ... that, unfortunately, makes veterans of us all."" 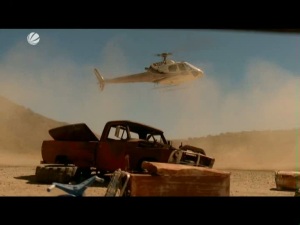