A dog from the Congo, infected with a new strain of Ebola, ends up in Amarillo, Texas. Because the daughter (Hannah) of the pet and feed store owner who ordered and received the dog is a cocktail waitress at a popular local bar, she ends up exposing dozens of people to the virus in one night. Although the outbreak is a natural one, the homeland security team takes charge, to prevent it from spreading. Their job is complicated by the fact that on the night that Hannah infected everyone, she and her ex-convict boyfriend (Shane) leave Amarillo and head to Las Vegas, where they plan to be married. 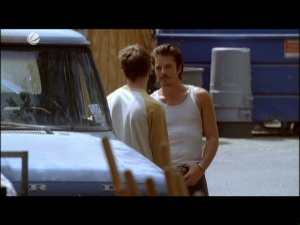