Val Under Siege with a Vengeance

Val and her ""staff"" are invited to a charity event. The ""staff"" are to be used as models and parade down the runway. During the fashion show terrorists interrupt and hold them hostage. Val must now locate Simon Wirth as he is the one the terrorists want. She finds him but he refuses to come so she takes him at gunpoint. The terrorists want Simon because he has the codes for the U.S. treasury, or so they think. He hasn't developed a new code for the treasury in over a year. The terrorists mad decide to open gunfire and a fight ensues leaving V.I.P. the winners. 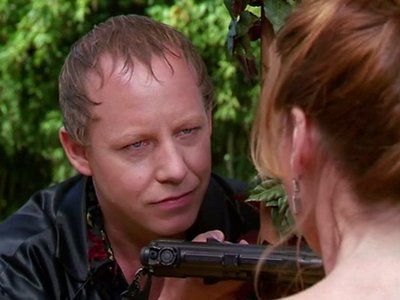