Nothing But The Night

The brutal murder of a woman, beaten to death with a steam iron, brings Tony back from a publicity tour for his latest book to join in on Carol's investigation. More bizarre but completely different deaths follow, and Tony is bewildered, unable to create a profile for a seemingly schizophrenic killer. As he is stalked by a Canadian woman he met on the book tour, Tony realises they must focus on the relationships at work behind the crimes. Tony is not behaving well during a publicity tour for his latest book and Carol is causing ructions during a case review in York with her unsympathetic new boss Eden, when a bizarre murder intervenes to bring them home. Further deaths follow but the MOs are all so strange and so significantly varied that profiling suggests each one must be committed by a completely different person. And to make things more complicated the killer appears to be schizophrenic - both violent and childlike at the same time. Tony is baffled. Eden is piling on the pressure. And there's pressure of another sort when Tony attracts the unwanted attentions of Patricia, a Canadian woman he met during his book tour. Caught in a triangle between a potentially violent suitor and unwitting obstacle Carol, Tony discovers that the killings also reflect a triangle forged in repression and juvenile abuse. Tony and Carol must separate the method from the madness to understand the relationships at work behind the crimes. And Tony is forced to question just how equal his relationship with Carol really is. With Eden threatening action that Tony knows will lead to carnage, can he and Carol act in time to stop the killer from turning on his most longstanding victim, the person he ought to love? 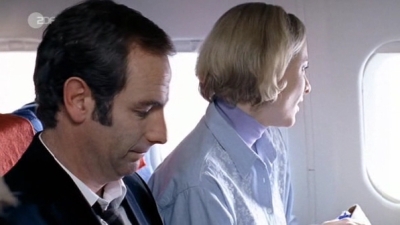