A Matter of Life and Death

Mitch's parents Al and Irene Buchannon, come to visit. Al has never approved of Mitch abandoning is architectural degree. Al wanted Mitch to stay in the family business, but instead, Mitch chose to become a full-time lifeguard. Mitch finds out from his mother that Al is dying of Lymphoma. Because of this, Al wants Mitch to take over his architectural firm. Al wants everyone to leave a ""legacy"" after one dies, such as a building or a home. This is impossible to do if you're a lifeguard. When Mitch have found out that Al is dying, he have second thoughts about returning to his father's firm. However, when Al witnesses a rescue Mitch is forced to do, he suddenly realizes that what he once considered a wasted profession is far more valuable than his own profession. Al finally comes to terms with his son's direction in life. He also tells Mitch that he will leave many more ""legacies"" in the lives he saves than any building he could design. Meanwhile, during the search for a dead body, Summe 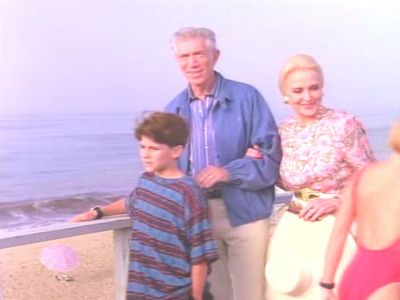