Beckett and her team burst into an apartment on a murderer's trail, just to be surprised when they see Castle, who they haven't heard or seen in months, standing over a dead woman's body holding a gun. Beckett, has no other choice but to arrest Castle until he proves his innocence. 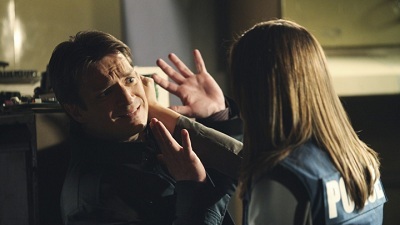