Alison is promoted to junior account executive and works with art director Amanda Woodward on an underwear account. Alison flirts with the handsome tennis star who is modeling for the account. She decides not to pursue him because she fears it could affect her career. Jo is hired as photographer, but jeopardizes the account with her ""alternative"" photos. Alison gets into hot water when she takes a risk and shows the client Jo's photos, even though they had already expressed approval about the more traditional shots. Jo upsets Jake and Alison by going to dinner with Rex. She later apologizes to Jake and admits that she has strong feelings for him. Billy doesn't hit it off with a blind date arranged by Michael, but is attracted to Amanda. An overwhelmed Rhonda breaks her engagement after Terrence tries to buy them a house in the suburbs. 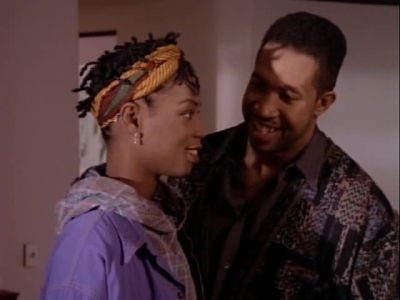